Some of the Richest Retirees are "Public Pension Millionaires"; Talk about socialism...

Talk about socialism, these people retire on the backs of working people who pay higher and higher taxes making lower and lower wages (with inflation) and many of us are unemployed or making slave wages, while we struggle they are living high on the hog collecting these pensions far longer and far to much than they should. They make a decent salary when working and retire after 25 or 30 years working for the government, while those of us who worked just as long and hard in the private sector get next to NOTHING with Social Security, this is not fair. These plans need to lower how much is paid out after so many years living past the projected time frames and these people now have so much money stashed away already they don't deserve. Now with so much income inequality, unemployment, while these pensioner's deserve decent retirement benefits we need to adjust how much is going out, these people are living much longer than these pension plans projected when they first started. But in Americka the mantra is "I got mine, too bad for you" and "It's every man (or woman) for himself" good luck and goodbye... blah blah blah

Some of the Richest Retirees are "Public Pension Millionaires" 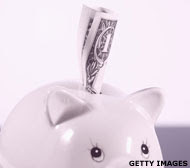 NEW YORK (MainStreet) — Some city and state government-sponsored pension plans may be struggling to remain solvent, but employees in more than a few states are retiring with some of the best benefits in the nation. So says a report dubbing "public pension millionaires" among the "richest retirees" in their states – contrary to the belief that such plans provide only a modest retirement benefit.
"In presenting their benefits as "modest," public pension plans and employee advocates commonly cite low average payments to retirees," writes Andrew G. Biggs, in a report for the American Enterprise Institute, a non-partisan think tank. "For instance, the American Federation of State, County and Municipal Employees (AFSCE) declares that 'the average AFSCME member receives a pension of approximately $19,000 per year after a career of public service.' This statement is false: for those who spend a career in government, public-sector pensions are far more generous."

Biggs compared the total retirement incomes for full-career state employees, including both pension benefits and Social Security retirement benefits, to the earnings of full-time, full-year employees in each state.